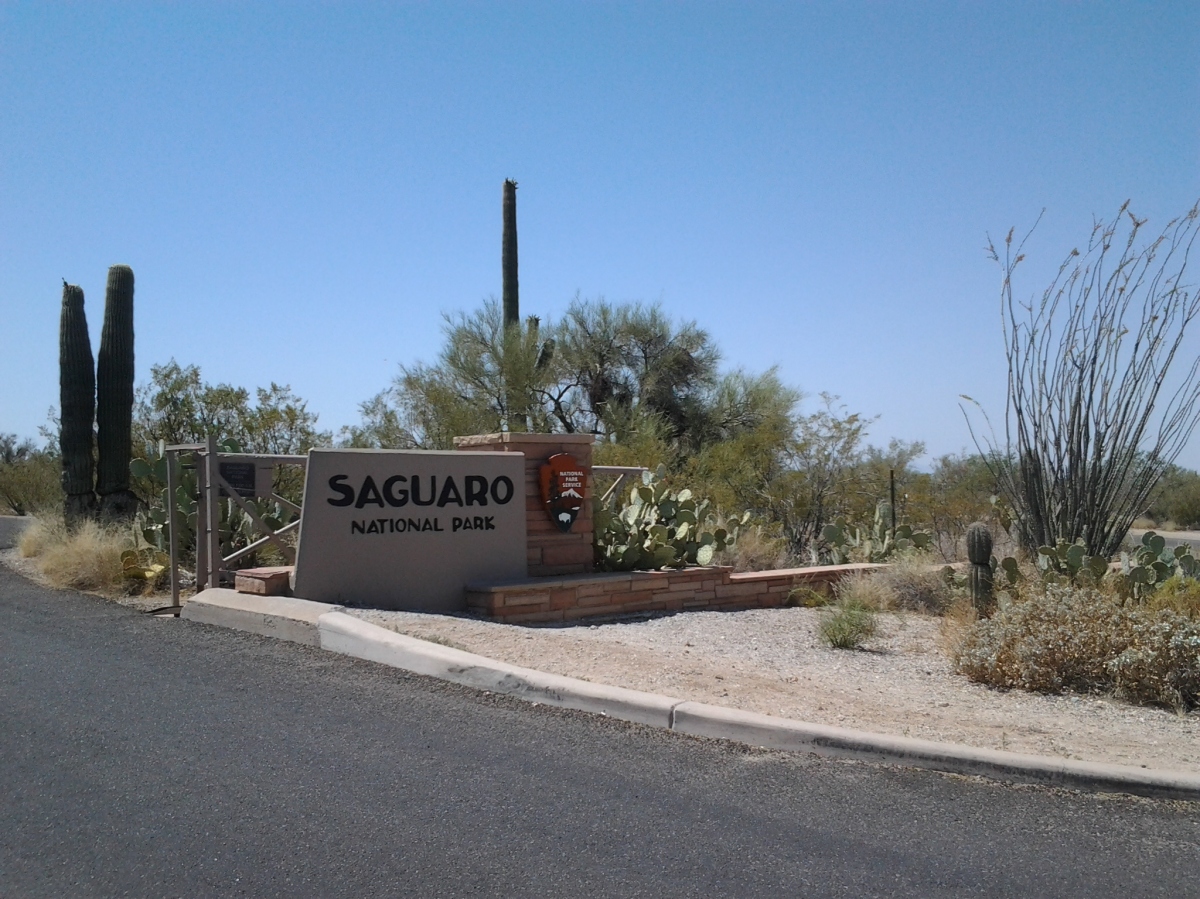 While traveling Arizona we stopped at Saguaro National Park, in Tucson.  The park is located in the Sonoran Desert.

The giant cacti, called Saguaros, are protected and preserved within the park.

After a single rainfall, Saguaros can soak up to 200 gallons of water through their huge network of roots that lay just 4-6 inches below the desert surface. That is enough water to last this giant cactus an entire year!

A saguaro expands like an accordion when it absorbs water which can increase its weight by up to a ton.

In 1931, The Saguaro’s Blossom became the Arizona State Flower.

The saguaro blossom opens after sunset and by the next afternoon the flower is wilted. The white cactus flower repeats itself night after night.   During the few hours the saguaro flower is open birds, bats, and  honeybees pollinate them.

Later in the summer, the cactus flowers that were pollinated will become red-fleshed saguaro fruits that are enjoyed by the local bird population. The saguaro cactus is also known as the pitahaya, sahuara and giant cactus.

The Saguaro often begins life with a nurse tree or shrub which can provide shade and moisture for the germination of life. This Saguaro grows slowly — only about an inch a year — eventually becoming very tall;  reaching heights of 50 feet.  The largest saguaro cacti, with more than 5 arms, are approximately 200 years old. 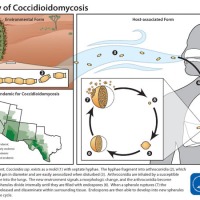 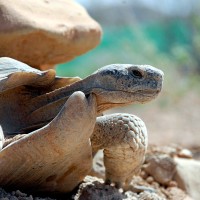 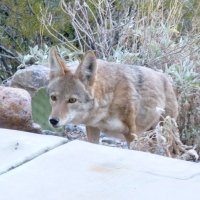 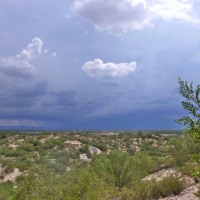 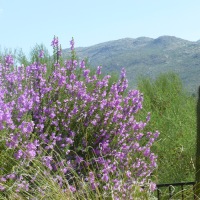